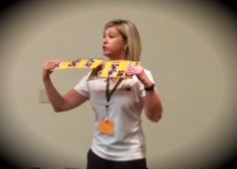 UHS will be an exhibitor at the Accelerate! 2015 Conference & Expo, sponsored by Women In Trucking Association

Thanks for signing up!

Unify Health Services is a women-owned small business that brings together a team of experts with over 70 years combined experience in injury management. Our team assists employers in producing measurable results as they address their return to work obstacles. These results are achieved by reducing workers’ compensation claims costs through providing pre and post injury solutions.